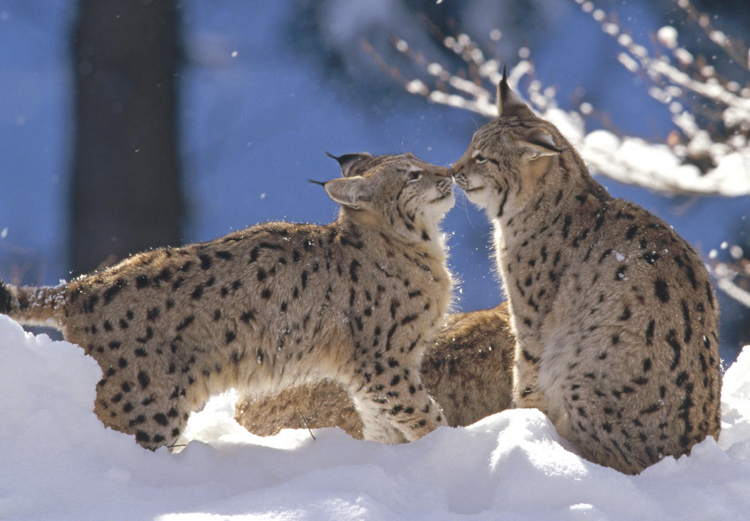 THE IBERIAN LYNX, an endangered wild feline species indigenous to south western Spain, could be reintroduced in to the UK after a successful 15 year captive breeding programme saw the wild cats population triple.

Iberian Lynx numbers fell critically following the decimation of its’ natural food source. A specialist rabbit hunter by nature, the global wild cat population stood at less than 100 at the turn of the millenium.

According to the charitable conservation group SOS Lynx if the Iberian Lynx died out it would mark the first feline species to become extinct since prehistoric times. But since 2001, a 15 year long captive breeding and reintroduction program led the Spanish Environment Ministry and Andalusian Environment Council, has boosted the Iberian Lynxs’ numbers to almost 400, despite having only 25 females.

The leopard-like cats (although considerably smaller) are known for their black tufted ears and fawn spotted coats. Most of the cats remain in Andalucia and stay in a dedicated and controlled territorial area of 20 square kilometers, but some have reached the hills near Toledo, Extremadura.

Following the projects’ success the Lynx UK Trust has been established to reintroduce the medium-sized cats to the British Isles, where they have not roamed for more than 1,000 years. The trust is surveying locations across the UK and meeting with local communities in suitable areas to identify potential release sites for a trial reintroduction of the wild cat.

The UK government is set to debate the issue later this year.