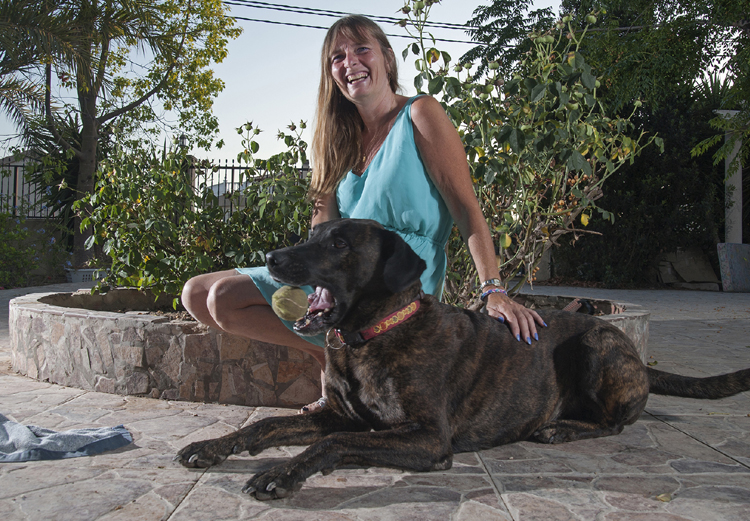 PETS IN SPAIN is a British animal rescue and re-homing charity based in San Fulgencio on the Costa Blanca. The non-profit organisation has a governing committee of nine members, a total membership of 63, while staffed by 130 volunteers. The vast majority of animals rescued by the group come from the Costa Blanca and Murcia regions. The charity collaborates with other organisations and individuals throughout the Iberian Peninsula.

The charity believes that innocent creatures are falling through the cracks in the system. I met Mark Lewis (secretary of Pets in Spain) throughout June and July 2014, to document the charity’s activities and investigate the current situation in regards to animal welfare on the Costa Blanca. He introduced me to charity shop staff, animal foster carers, adopters and a whole assembly of benevolent creatures. I also met veterinary physicians at the Veterpet animal hospital during August 2014 in the town of Guardamar del Segura and documented their collaborative work with Pets in Spain.

Since its launch in 2004, Pets in Spain have found homes for approximately 30 animals per month. It has a roster of temporary foster homes for pets in need as well as individuals who permanently adopt animals. Its work is endless and the organisation is always seeking donations at its charity shop. The group constantly advertises for more foster carers as well as other volunteers to add to their ranks. It has a strong presence on social media and constantly updates followers on its rescue activities and animals offered-up for adoption.

‘Fundación Affinity‘ (Trans. The Affinity Foundation) is a Spanish non-profit organisation that promotes the positive role played by pets in society. The foundation stated in a recent study, commissioned by an online pet shop called ‘Kiwoko’, that one pet is abandoned every three minutes on the Iberian Peninsula. Consequently, the grand total of 150,000 animals are cast aside every year in Spain, which represents the highest number of domestic creatures abandoned in any European nation.

Pets in Spain supports the belief that animals who are victims of neglect, abuse, or abandonment must not also be victims of bureaucracy. Furthermore, educated citizens with a good moral compass should support that belief and voice their opinion. It would be pertinent to say, “He who is cruel to animals becomes hard also in his dealings with men. We can judge the heart of a man by his treatment of animals.” — Immanuel Kant.

This website uses cookies to improve your experience while you navigate through the website. Out of these, the cookies that are categorized as necessary are stored on your browser as they are essential for the working of basic functionalities of the website. We also use third-party cookies that help us analyze and understand how you use this website. These cookies will be stored in your browser only with your consent. You also have the option to opt-out of these cookies. But opting out of some of these cookies may affect your browsing experience.
Necessary Always Enabled
Necessary cookies are absolutely essential for the website to function properly. This category only includes cookies that ensures basic functionalities and security features of the website. These cookies do not store any personal information.
Non-necessary
Any cookies that may not be particularly necessary for the website to function and is used specifically to collect user personal data via analytics, ads, other embedded contents are termed as non-necessary cookies. It is mandatory to procure user consent prior to running these cookies on your website.
SAVE & ACCEPT